With the release of the International Award-Winning Training Through Pictures with Dave Kroyer- Nose Work 1- The Indication DVD, we've received a few emails, read a few social media posts and responded to email messages regarding indication first methods. In 2014, we're unaware of any modern methods that aren't indication first. We felt it best to just make a blog post that explains.

In 2005, Canine Training Systems released the 8X International Award-Winning On Target Training Substance Detector Dogs with Randy Hare- Detection 1 DVD that became the professional standard for modern detection work.  Randy has been contracted to provide his Detector Dog Trainers Course for the Military, FBI Academy in Quantico, VA and Special Forces in addition to police departments on nearly every continent. It completely circumvents the pitfalls of primary reward - odor source pairing. Like any modern method of behavior training, the behavior of indicating is broken into it's smaller components and the search is later back-chained as a natural training progression.  This is simply the easiest, most clear method for teaching behaviors of any kind.

With the release of our new detection title with Dave Kroyer in the modern era of civilian detection sports, the question has again come to the forefront because of the proliferation of "old school" trainers leading the civilian detector sports charge.  The reasons for indication first are still easily understood in the context of learning theory and it's important to consider the ramifications of "reward/odor pairing" techniques and "search/indication" training techniques because they are still apparently common in civilian circles where scent work is relatively "new".

To get to the bottom of it, let's talk in generalities and in terms that are easily understood.

Detection work is a compound behavior.  At it's most basic level, it is:

So detection work is two distinct parts, performed linearly.  The question we have to ask ourselves is, if the dog doesn't know either behavior, is it wise to ask him to learn both at once?  Common sense dictates that the answer is NO.

There are of course multiple methods to achieve the goal but in order to motivate the dog to search, antiquated methods 1. pair reward with odor source or 2. teach the search by hiding food in a box.  There are a number of problems the trainer will encounter when these methods are used. First, let's understand what this training methodology really is.

The goal of odor/reward pairings, also called a "primary hide" is two fold.  On the one hand, when odor source is paired with a toy, through play, a very basic hunt behavior is established.  The toy elicits a prey response, produces energy and a desire to interact with it.  When paired with food, a basic search will be executed that is an ends to a means.  At the end of both exercises, toy and food, the dog can be self-reward automatically as part of the process.  Seems simple enough, grab the toy or eat the food.  Remember, the pairing has to be done consistently enough to form an association, to predict the reward to be beneficial.  This can be done for quite awhile to get the dog searching fairly extensively and it looks pretty good.  Let's assume now that the dog associates the toy and food with target odor.

Now, remove the toy or food and ask the dog to search.  A laundry list of things will happen to varying degrees that will need to be addressed (re-trained).

With the above items in mind, we still have to produce a reliable indication.  There are a few additional problems that will need to be addressed.

Second, when searching for food in a box, the dog is not doing anything in training that any dog will do otherwise.  Every dog will do this and it does nothing in regard to the indication.  If food is removed, there is no clear, trained, identifiable behavior to benefit the odor/reward relationship.  The dog has identified a box with food but there is no target odor source.  The indication must still be shaped.  In addition, you will need to teach the dog to search despite reward source being the handler.  This method will work to some degree but inevitably results wide variation in indication behaviors.

Have you experienced any of this?  Your goal remains a precise indication at the end of a "search".   There is no "search" in most cases because in terms of detection work, the dog hasn't actually identified the target.  A habit of finding reward was established while "associating" odor source.  If by chance your dog does show a behavior change when it encounters odor source, was the search strong?  Was the indication ideal?  If not, because it hasn't been trained, you'll still have to reward it.  When you teach two separate behaviors at the same time, generally you get two average behaviors.  It may be time to retrain.

Now, imagine teaching just an indication directly at the source of odor.

Consider the durability of that indication before ever "searching".  Once conditioned, variations like distance, angles, handler neutralization, leash handling and odor discrimination can easily be added without any interference to the indication itself.  It's a solid behavior and odor will trigger it instantly.  It's THE KEY to earning reward when target substance is located.  Better yet, the dog knows the handler offers no information so it focuses purely on it's own behavior relative to a signal already established that indicates reward is imminent.

Now ask the dog to search.  Sound too good to be true?  It's not.

Order now. If your dog doesn't understand "Targeting", we're offering a 2-Disc Set which features the pre-requisite Learning to Learn and Nose Work 1 - The Indication DVD as a bundled set here. 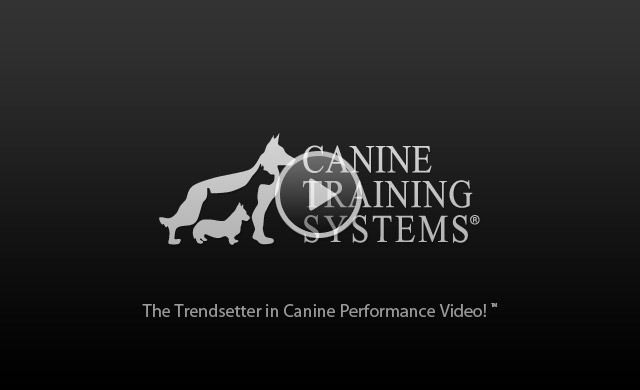 There are no responses. Be the first to reply!